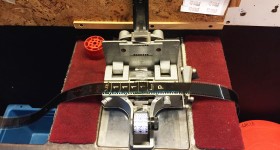 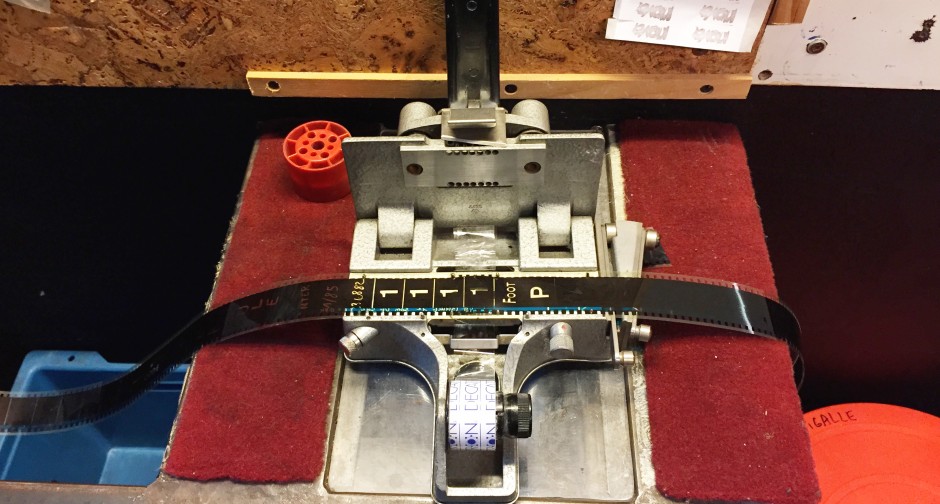 A knife is used to even up the film ends before splicing. Each film is attached with adhesive paper on each side, so that two can be joined. The adhesive paper will then be removed as the film is rewound.