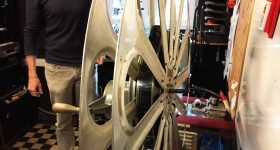 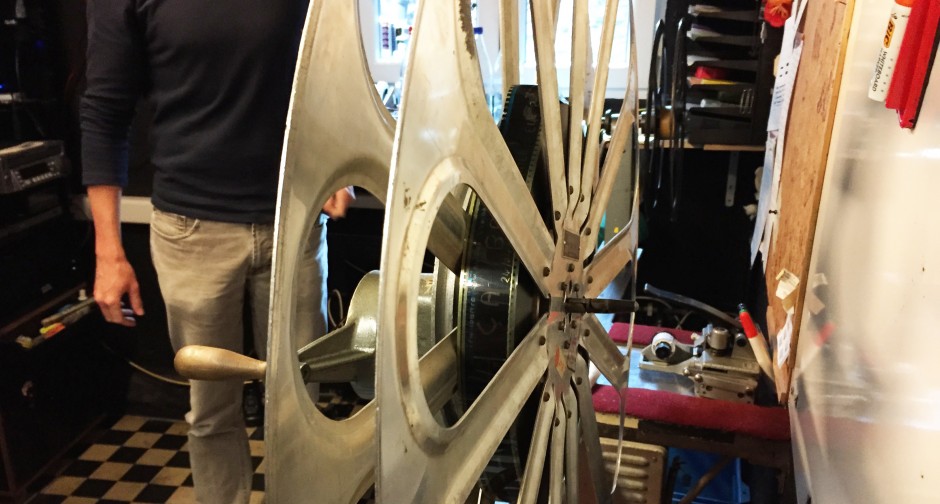 The removal of the film manually

The Nova is run by a large group of volunteers who open the cinema four days a week. Management and scheduling are carried out collectively, without a director or an artistic director, and in line with a manifesto. It is one of the bi-communal cultural locations in Brussels (both French- and Dutch-speaking).