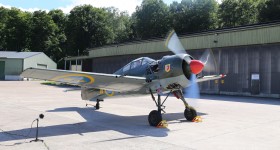 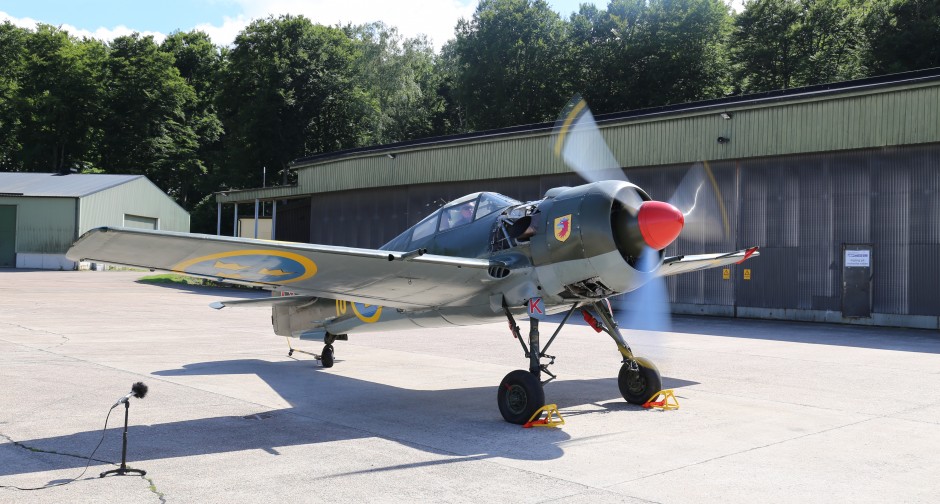 Flywheel starting radial engine
The aircraft, designated J 22, was a monoplane with a plywood-covered steel airframe. Wing and fuselage layout were conventional, with the narrow-track main landing gear retracting rearward entirely within the fuselage. Power came from a Swedish copy of the Pratt & Whitney Twin Wasp.

In order to make the aircraft as light as possible a heavy electric starter motor was replaced with a flywheel of high mass force. The flywheel cranked by hand up to about 30 000 revolutions / minute and then coupled to the engine. The force was enough to turn the engine a few turns so a couple of cylinders lit and the engine started.

The J 22 first flew on 20 September 1942 from Bromma airport, where the factory was located. It entered service in October 1943, at the F9 air wing at Gothenburg, with the last of the 198 aircraft delivered in April 1946