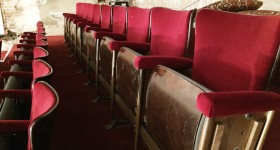 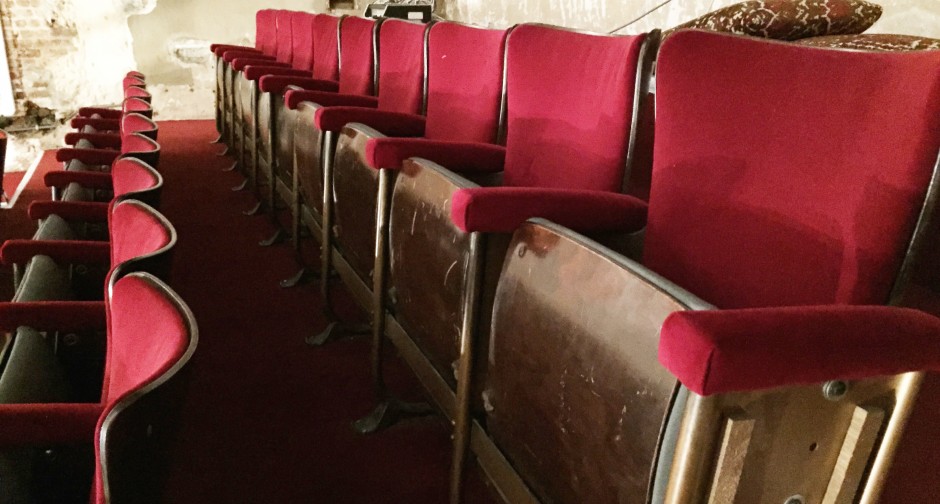 The cinema seat is folded down and then lifts up.