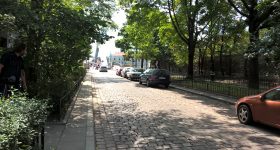 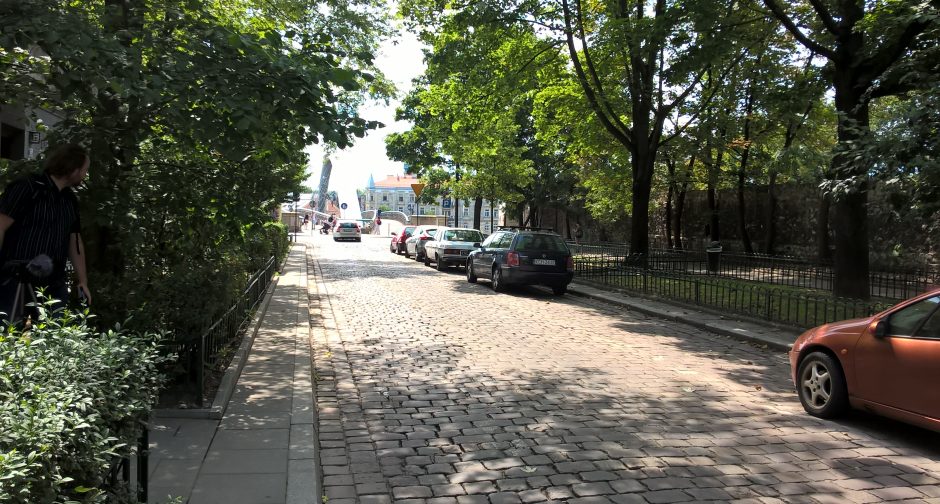 Sounds of traffic at ulica Mostowa in the Krakow district of Kazimierz. On the recording you can hear vehicles passing by on the cobbled street: cars, bicycles, electric carts. In the past, there were also trams in this street; the first line of the horse tram and later electric tram went along the street. It was an important route from Krakow to the town of Podgórze on the other bank of the river Wisła. At the beginning of the 20th century, the two cities merged, new bridges were built and ulica Mostowa lost its importance. Tram tracks and the sound of passing trams disappeared from there in mid-20th century.