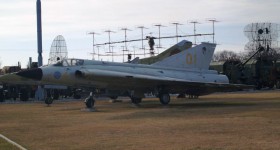 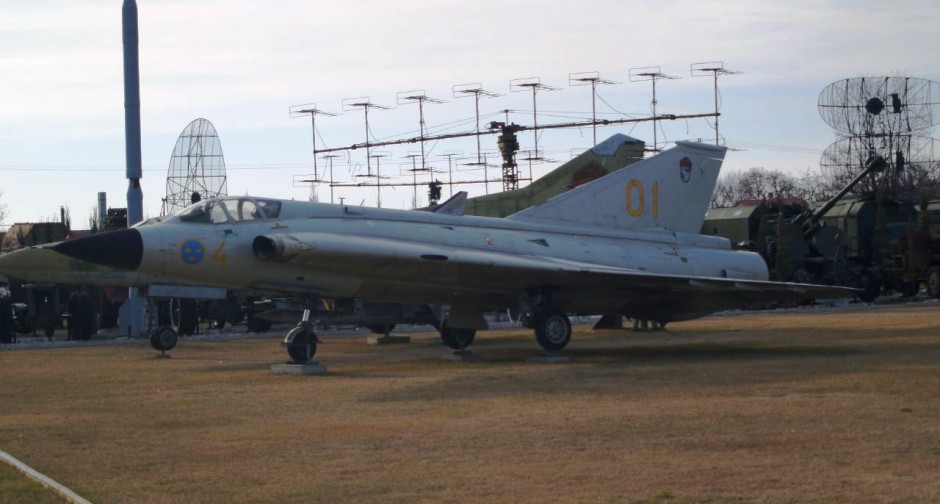 Taxiing, also sometimes written "taxying", is the movement of an aircraft on the ground, under its own power, in contrast to towing or push-back where the aircraft is moved by a tug. The aircraft usually moves on wheels, but the term also includes aircraft with skis or floats (for water-based travel).

J 35D Draken is a fighter version, delivered between 1963–1964, total production: 120. The aircraft had a new and more powerful Rolls-Royce Avon 300 (RM 6C), which could deliver 77.3 kN thrust when using its afterburner. This was also the fastest Draken version, capable of accelerating until out of fuel. It was also the last Draken to carry two cannons.