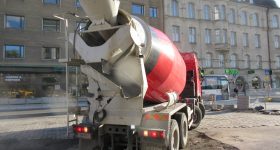 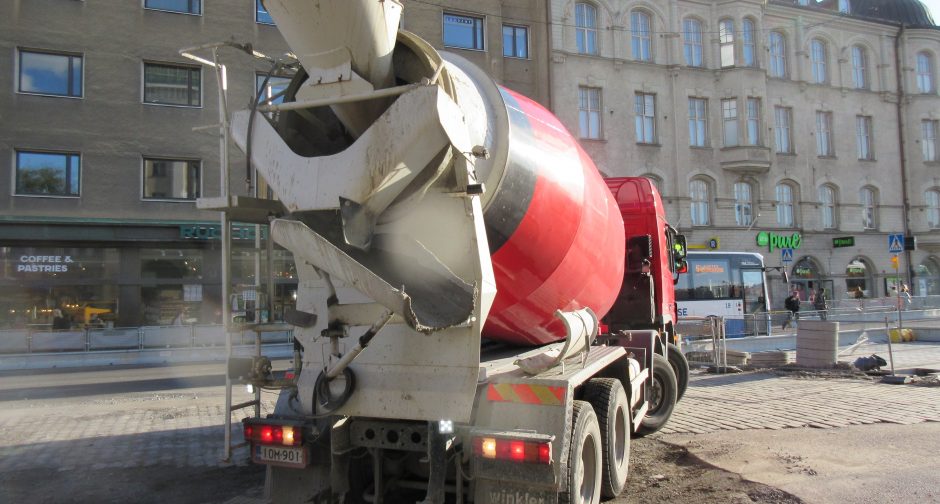 The sound is recorded from the western end of the bridge. The mixer truck near the recorder is empty and is preparing to leave.