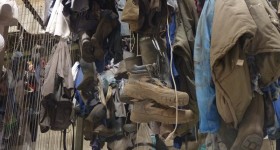 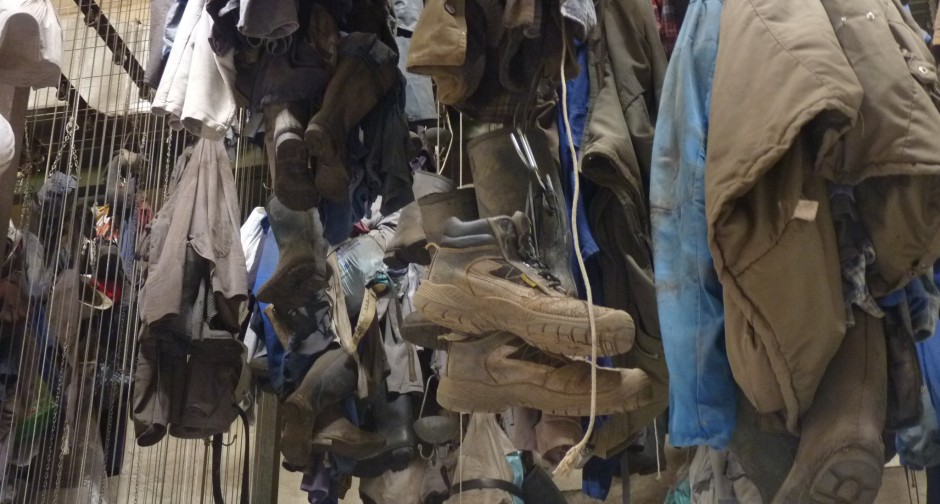 The sound of a wardrobe chain lowering and raising in pithead baths in a coalmine. A peculiarity of this mine are the unusual wardrobe arrangements; at the start of their day, miners hang their ordinary clothes on chains suspended from the ceiling of the so-called ‘black’ (dirty) wardrobe, and these are lifted high up to the ceiling for safe storage. After returning from the pit, the miner hangs his now dirty and wet overalls on the chains within the ‘black’ wardrobe and lifts these under the ceiling to dry. He then goes through the baths and washes and then enters what is known as the ‘white’ (clean) wardrobe, where his ordinary clothes are returned to him on the same chain number as his dirty working outfit.