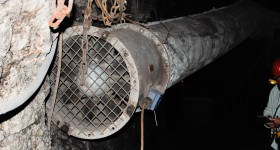 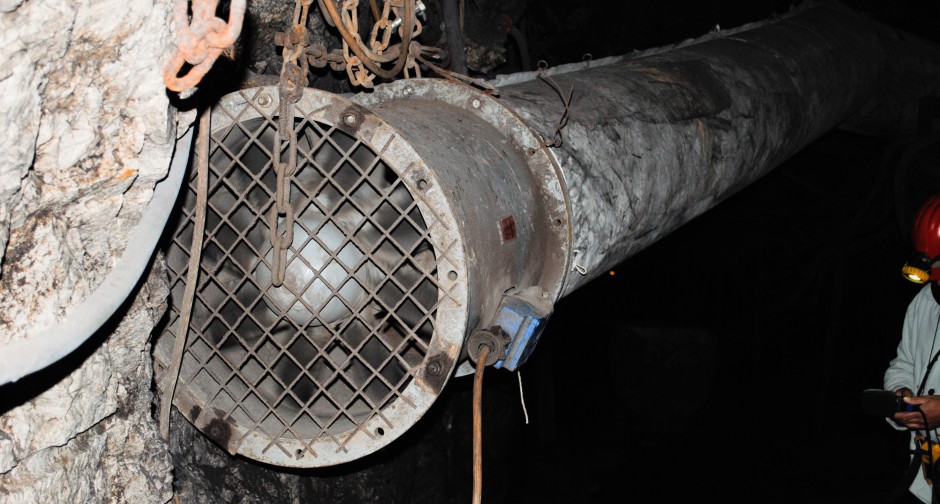 The sound of a rotating ventilation fan in operation. It was manufactured by Tevel, Teve Varnost Elektronika, Zagorje, Slovenia, in 1997. It is powered by 7.5kW electric motor, ø 600mm. The air is delivered into the mine by an air-supply hose of the same diameter.

Ventilation fans are used to remove toxic fumes and stagnant air from blind galleries that don't have free flowing air. All such blind structures in the mine longer than 10 metres have to be ventilated in such a manner.