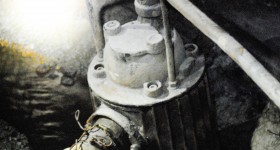 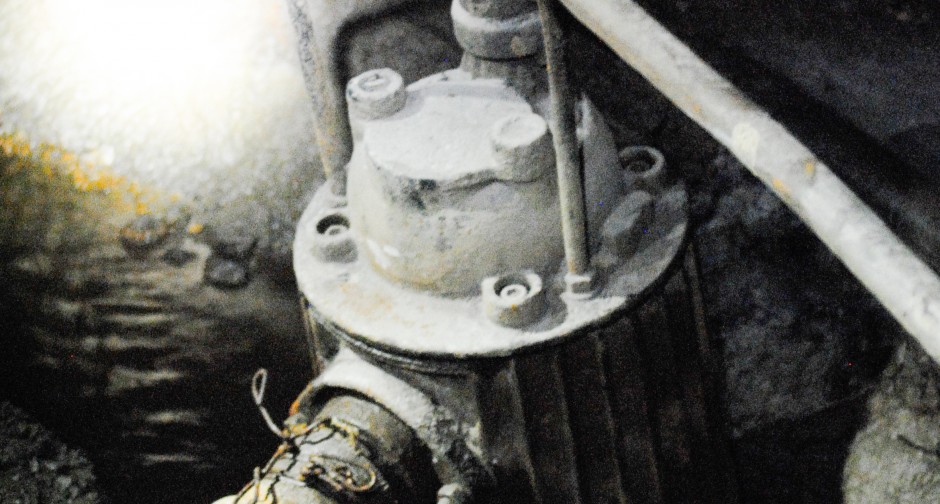 The sound of a submersible pump in operation in a coalmine. It is a Bibi 3 model pump manufactured by Flyft, USA, in 1993. This 3kW pump with a capacity of 600 l/min is used for controlling minor water inflows. Larger inflows (over 1 m3/min) are served by the pumping stations that house several more powerful pumps, and consequently can handle a greater inflow of water.
Water flows into a number of mine structures. It could be surface water from precipitation or water percolating through the rock surrounding the mine structures. Systems for removing this water in a mine comprise of a network of pumps that raise water to a level where it can drain off.