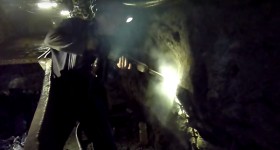 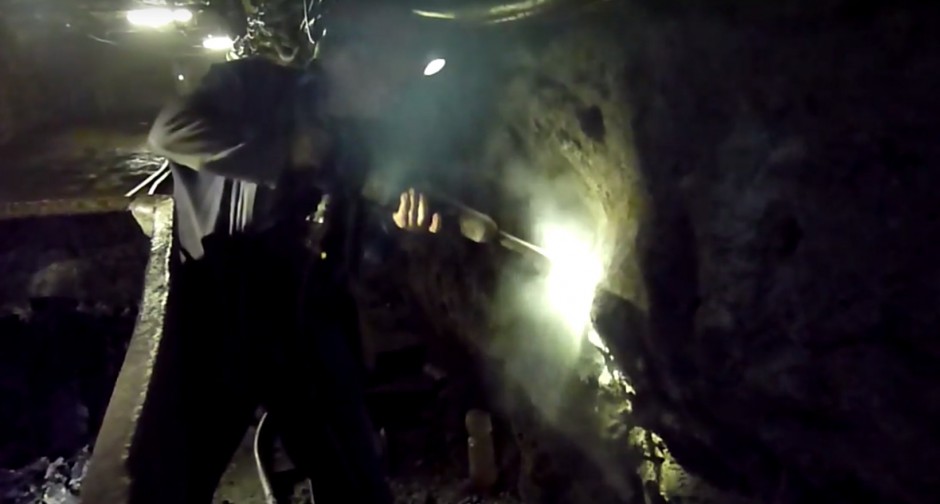 The sound of a pneumatic pick hammer hacking into the coalface. It was manufactured by Ravne Ironworks in 2005. It is used as modern replacement for the traditional handheld pick, which has always been indispensable in a miners’ work at the coalface. It can be used to excavate coal and rock, and in all mining operations that require more careful finishing work in the construction of mine structures or when working at the coalface. Due to the danger of explosions because of the methane in the air, pneumatic machinery and tools are favoured over standard power tools.