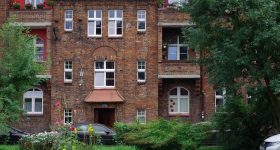 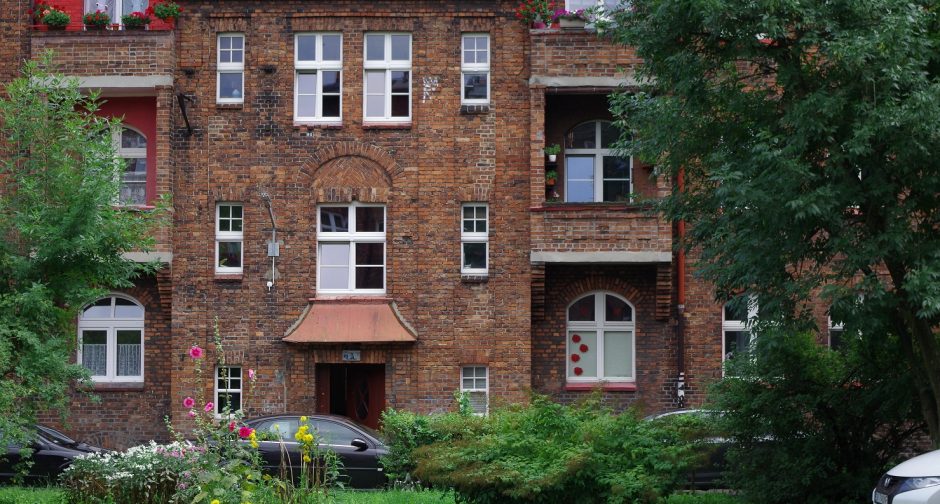 The soundscape recorded in the courtyard of one of the apartment buildings at ul. Św. Anny at Nikiszowiec housing estate in Katowice. You can hear the sound of people passing by and from the nearby apartments (conversations, steps, cars).
Nikiszowiec was built between 1908-1918 on the initiative of the mining and metallurgy group Georg von Giesches Erben. It was established as a workers' settlement for miners of Giesche mine. It has been a district of Katowice since 1960. The historic buildings were designed by Georg and Emil Zillmann.
A typical residential building in Nikiszowiec has three floors and connects with the neighbouring ones to form a closed circular structure with a large courtyard in the middle. In the past there used to be pigsties, storage sheds and bread ovens in the courtyard. Currently, there are lawns, small gardens, playgrounds and parking spaces for the residents. In addition to the buildings which contained a total of approx. 1,000 flats (mainly with 2 rooms), the housing estate consisted of an administration building, a bathhouse for the mine workers, a lodging house, a church, an inn, and a school.
Historically, Nikiszowiec was a workers' settlement, but as a result of economic and social changes in the 1990s, it fell into disrepair and became notorious. The district's revitalisation process has been going on for several years, which results in growing attractiveness of the area and an influx of new residents. Nikiszowiec has been officially recognised as a historical monument.