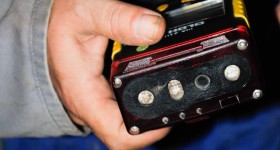 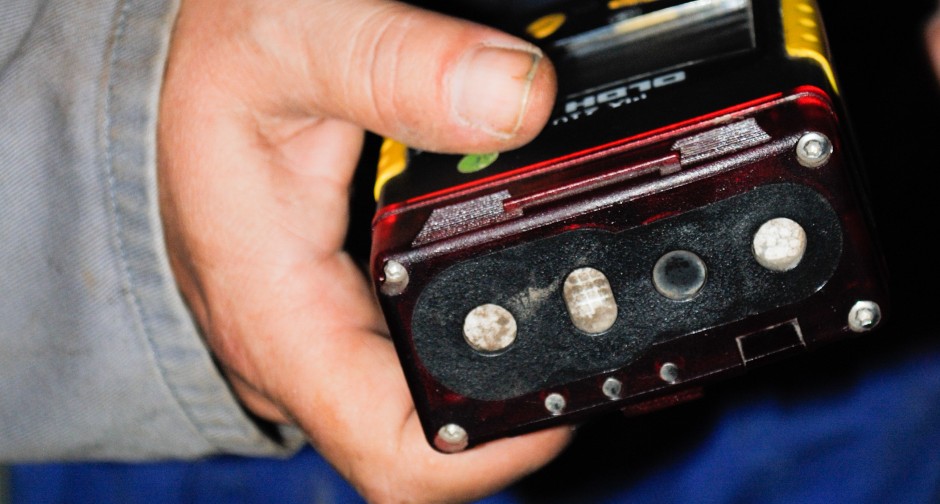 The sound of the electronic device used for the measurement of toxic gases in a mine. Manufactured by Oldham, UK, 2005. It is a small, portable device that allows the mine supervisor to measure the presence of gases at any time and in any working site. It is most commonly used to measure the concentration of the explosive gas methane (CH4), toxic carbon monoxide (CO) and carbon dioxide (CO2), which can lead to suffocation, and monitor the concentration of oxygen (O2). The sound signal alerts any changes in the gas concentration.