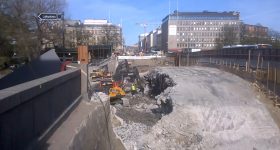 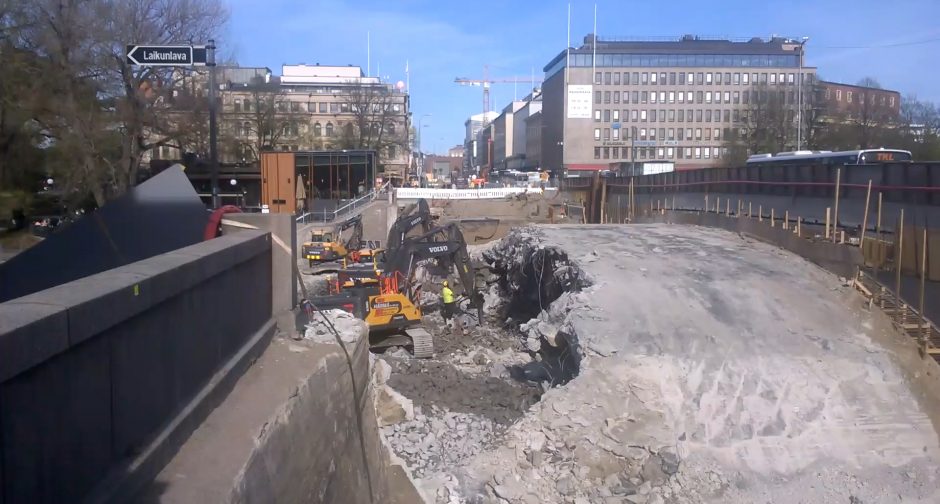 The sound is recorded from the western end of the bridge. Two excavators which are demolishing the bridge are having maintenance but the water hoses can be heard, which are used to keep the dust down. Busses and other vehicles are still using the other side of the bridge.