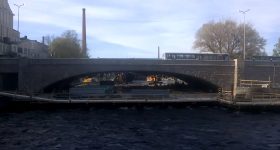 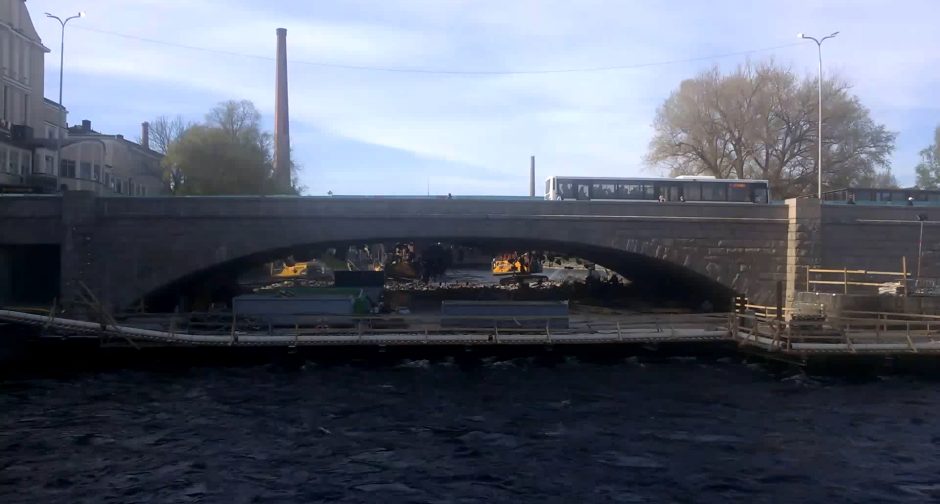 In Tampere the main road is called Hämeenkatu. It crosses the city from the railwaystation in east to Aleksanterin kirkko (Church of Alexander) in the west. The road is about 1 km in length and over 20 meters wide. The road goes over the Tammerkoski rapids in a place, where there has been a bridge since at least the 16th century. The most recent bridge was completed in 1929 and it is a 68 meter long. The arches of the bridge are made of concrete and they are coated with red granite.

The sound is recorded from the temporary wooden bridge. Two excavators at the other side of the Hämeensilta bridge are demolishing the bridge, while busses run over the other. At the same time pedestrians and cyclists are going the wooden bridge. Also the flowing water of the Tammerkoski rapids can be heard.


Recorded on May 16, 2019
Wooden bridge over Tammerkoski rapids
Tampere, FINLAND