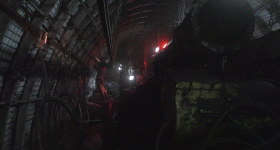 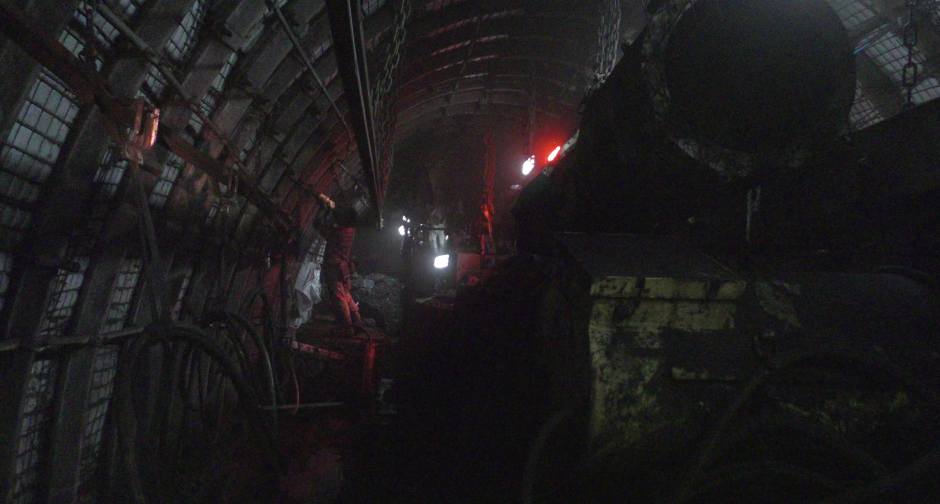 In deep-schaft mining explosive gases are set free when the coal is extracted. Therefore, tools and machinery need special engines which do not emit sparks. The hydraulic impact wrench is one example. It is run by compressed liquids, unlike a pneumatic tool, which is run by compressed air. In this recording the impact wrench was used to retighten screws on the struts of the tunnel lining.