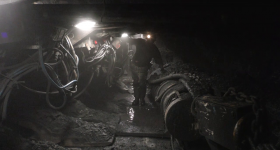 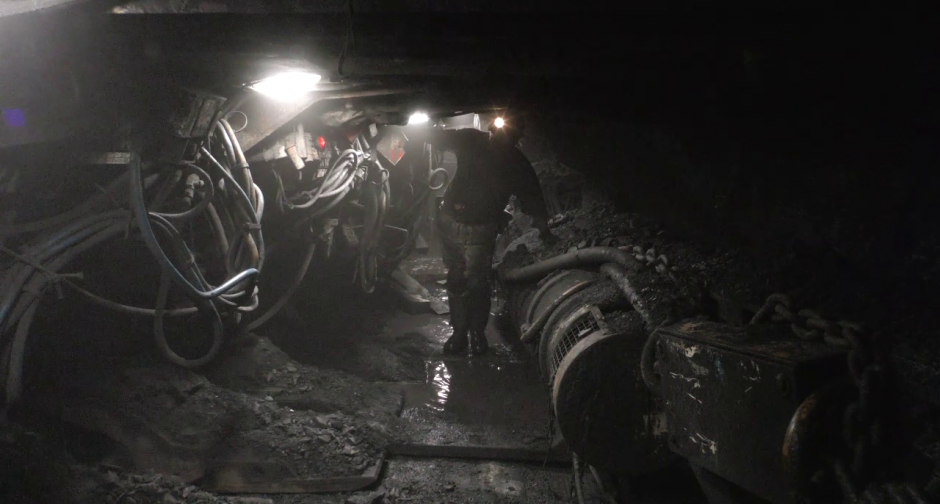 The face within a mine is where the coal is extracted from a coal seam. Each longwall face has a technical set-up of face conveyor, coal plough or shearer and steel shields that support the walls and ceilings of the tunnel.

Whenever the tunnel and the crew move further into the coal seam, the shields are moved. Like most underground-mining technology the shields are run by hydraulics. This is a recording of a shield moving forwards. In the process stones falling into the opening space behind the shield can be heard. This is accompanied by the creaking of the moving steel construction and the rushing of the hydraulics.