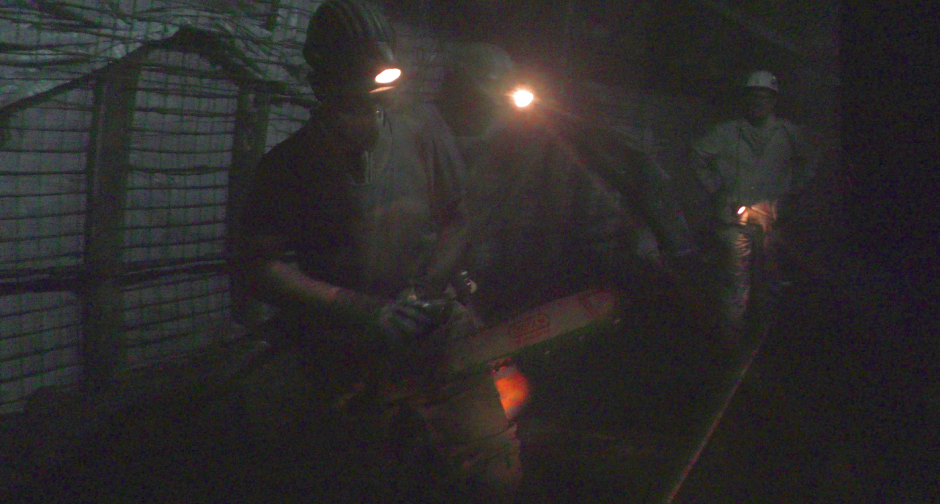 In deep-schaft mining explosive gases are set free when the coal is extracted. Therefore, tools and machinery need special engines which do not emit sparks. The pneumatic chainsaw is one example. It is run by compressed air. Chainsaws are used to cut wooden pit props. However, today most pit props and shields are made of steel.