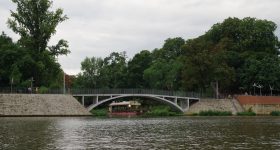 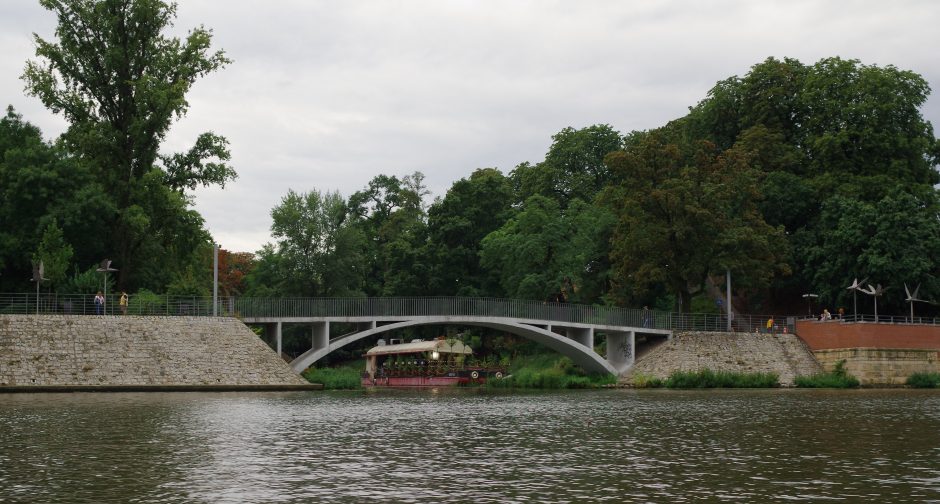 A cruise on the Wrocław Water Junction (binaural), part 3

The recording was made during a motorboat cruise on the Wroclaw Water Junction. It is a shipping route in Wrocław consisting of the Odra river, its tributaries, water channels as well as hydrotechnical structures and devices. The cruise included mainly the so-called Central Water Junction, which is the oldest and most interesting part of this waterway. The Wroclaw Water Junction had been built since the Middle Ages and its expansion ended in the 1920s. It is Poland’s largest system of waterways and hydrotechnical constructions located in a conurbation and one of the largest ones in Europe. The recording features the sound of water and the motorboat, but also the sounds of the city coming from the banks and numerous bridges. Water and riverbeds, canals, locks, weirs and bridges are a very important part of the cultural landscape of Wrocław. They make up its unique character and significantly shape the city's audiosphere.