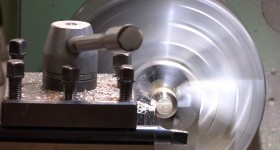 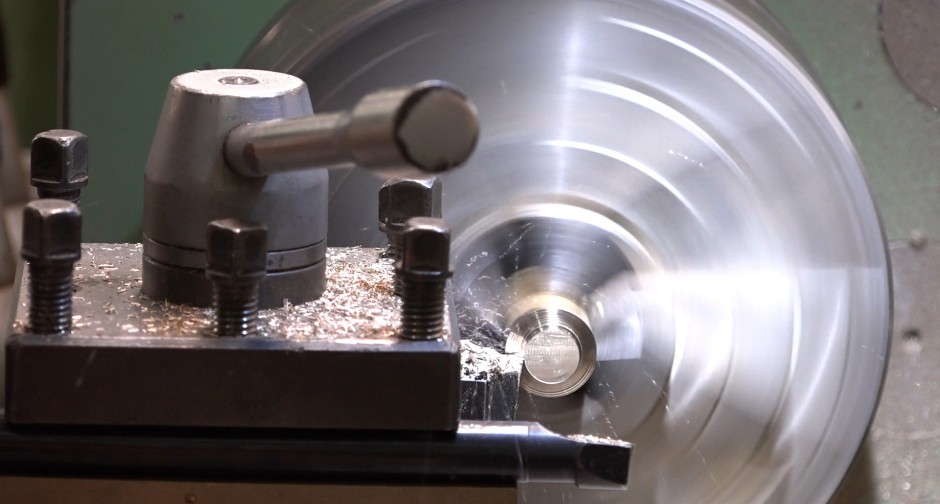 The turner is working on an object to tap it by 9 mm.

Vervloet is a family-owned company founded in 1905 by Joseph Vervloet. He bought an ironmonger’s store and started his trade in Molenbeek. Catalogues were bought at the closure of competing businesses, and the company has since become the largest in Brabant.

Today, the company is headed by Isabelle Hamburger, great-grand-daughter of Joseph Vervloet, and still based in the heart of Europe, Brussels.

Since 1970, Vervloet has been setting a new standard and developing its activities by exhibiting the different product lines abroad through major international fairs in the world of arts, decoration and construction. Although the company first started by catering to Belgian clients, it is nowadays the uncontested leader in the decorative ironwork market. More than 90% of its clients are based abroad, in the Middle East, the United States, Russia, France and the United Kingdom, among others.

The company employs 35 people. Workers are trained by the company itself. It has a turnover of 3.5 million euro.

The models come either from existing catalogues, or from creations by Belgian or foreign designers.