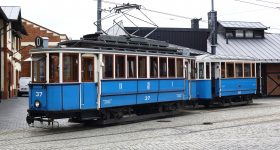 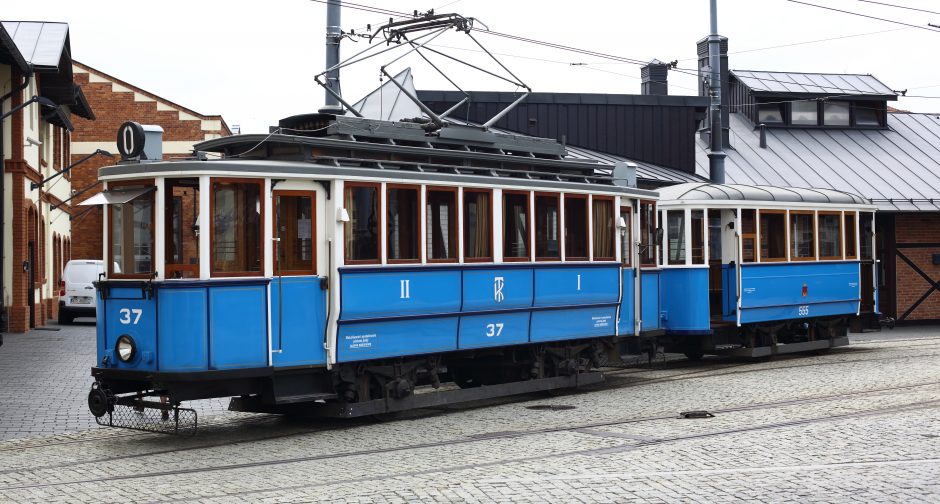 The sound of shovelling and putting sand in the tank located in the historic SN1 tram car. Sand was and remains necessary for the safe running of trams, as when it is put under the wheels it prevents skidding, especially when starting and stopping the tram in bad weather conditions. In the past, the trams were fitted with manual sanders operated by the driver. Today, these devices are automatic, activated by electronic systems.

SN1 trams were the first standard gauge trams in Krakow, put into operation in 1913. They were produced in Sanok and Graz. Cars of this type operated in the city until the late 1960s. The first trams were divided into two classes, which differed in the number of seats and the seat finish (wooden benches vs. seats with leather upholstery). The SN1 is a self-supporting tramcar, which means that the body is an integral part of the chassis.

The tram belongs to Miejskie Przedsiębiorstwo Komunikacyjne S.A. public transport company in Krakow and during the recording it was being exhibited at the Museum of Urban Engineering. The car is in operation and is occasionally used in the streets of Krakow. The SN1 type tramcar recordings were used in the audiovisual installation "The Ghost Tram" under the "Sounds of Changes" project.