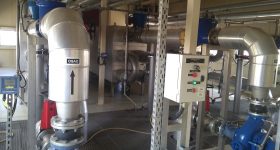 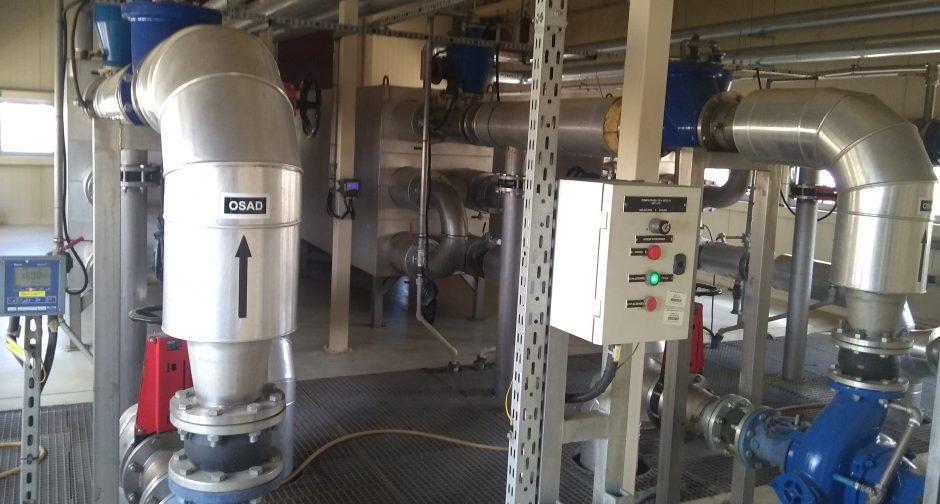 Sounds recorded in the building with heat exchangers which heat the sludge to a temperature of about 38oC. Heated sludge goes to four tanks which are separate fermentation chambers. Methane fermentation occurs and biogas is released and later used to produce electricity for the plant. The sewage treatment plant is largely energy self-sufficient.