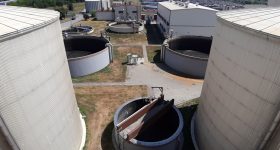 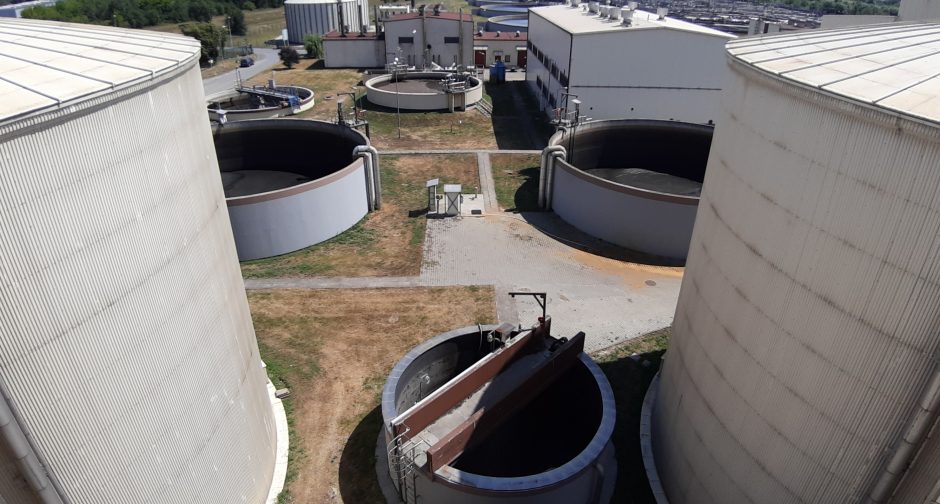 Sounds recorded at a secondary tank, where the sludge from mechanical and biological treatment is mixed. The waste will be used for biogas production.