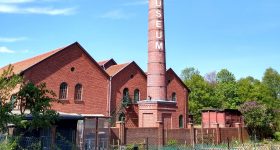 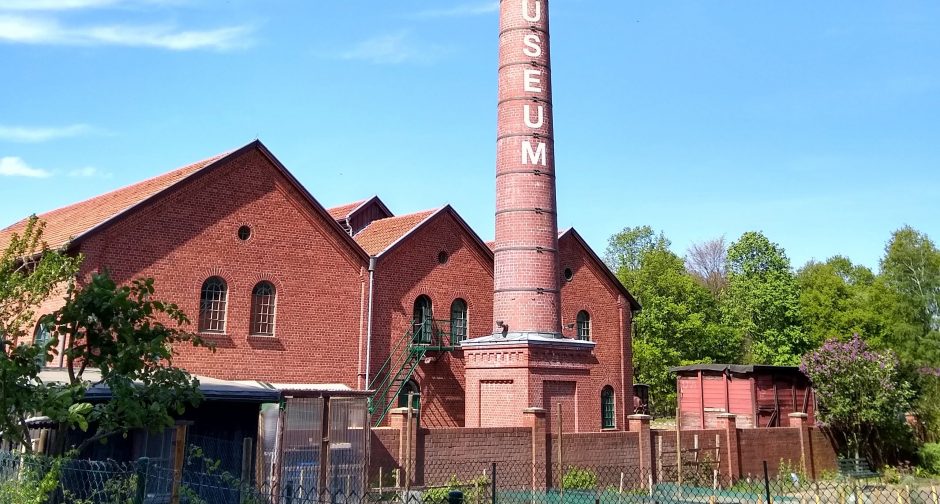 The LWL-Industriemuseum TextilWerk Bocholt is an industrial museum in the small town of Bocholt close to the Dutch border. Its thematic core is the local textile industry. The museum consists of two parts which are situated on each side of the river Aa: the historic spinning mill and a reconstructed weaving mill complete with worker’s houses and gardens. The area surrounding the museum is currently being redeveloped as “kubaai”, Bocholt’s new cultural quarter. The soundwalk explores the acoustic environment of the museum and the cultural quarter on a Sunday afternoon.

The second part of the soundwalk begins outside of the reconstructed weaving mill of the museum. You can hear people chat. As the recordist moves on towards the poultry house by the worker’s garden you can hear the sounds of chicken. There is a crowing cock close by as well as one answering in the distance. The walk moves on along the Aa on a gravel path towards Uhlandstraße. Birdsong, the sounds from the concert at the restaurant by the weaving mill and passing bicycles can be heard until the traffic becomes louder. The recordist walks along Uhlandstraße towards the crossing with Industriestraße. From there she returns to the waterside of the Aa. While traffic sounds can be heard for some time, birdsong, steps on the gravel path, wind and the distant sounds of the concert become audible again. Bicycles pass and towards the end of the walk, close to the bridge connecting both sides of the Aa between spinning and weavng mill, a little boy rings the bell of his bicycle.