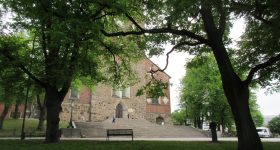 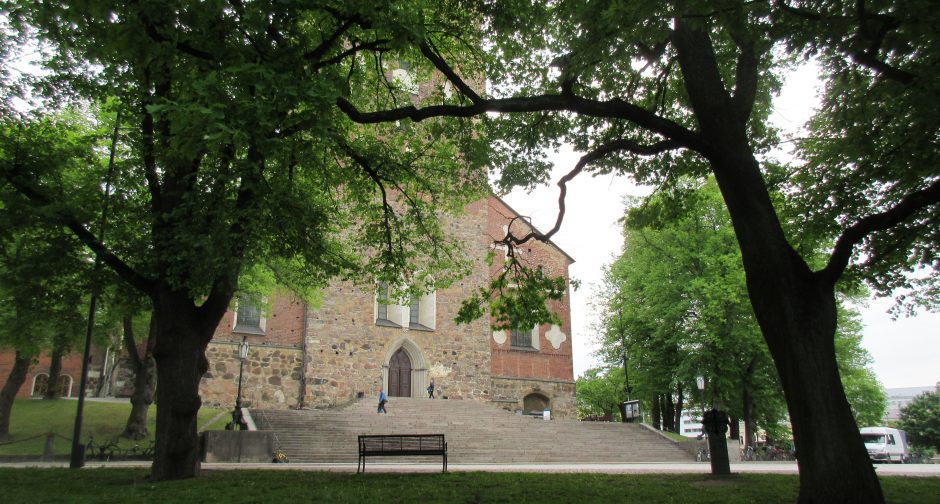 Soundscape in front of Turku Cathedral

Turku used to be the most important city in Finland from the Middle Ages up to 1827 when most of the city was burned down. This disaster was the worst catastrophe of this kind in the Nordic countries, and Turku lost its status as the capital city for Helsinki. The cathedral, which is the only medieval basilika in Finland, was badly damaged, but the wooden buildings which were tightly built in the old city center burned entirely, and nowadays the area in front of the Church is a nice city park.

The recording is made at the park bench and the sound is a combination of natural sounds (birds) and urban manmade sounds (walking, cycling, talking, distant traffic). At the end of the recording the Church Bells can heard striking 12:30 (two chimes). The sound of the bells is familiar for most Finnish people, because the Finnish Broadcasting Corporation have used these sounds as marking the noon since June 1944. A fun fact is that the recording which is used today in the radio was actually recorded in the middle of the night because the traffic sounds wanted to be avoided.