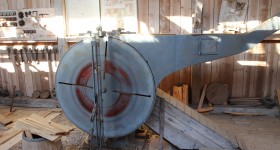 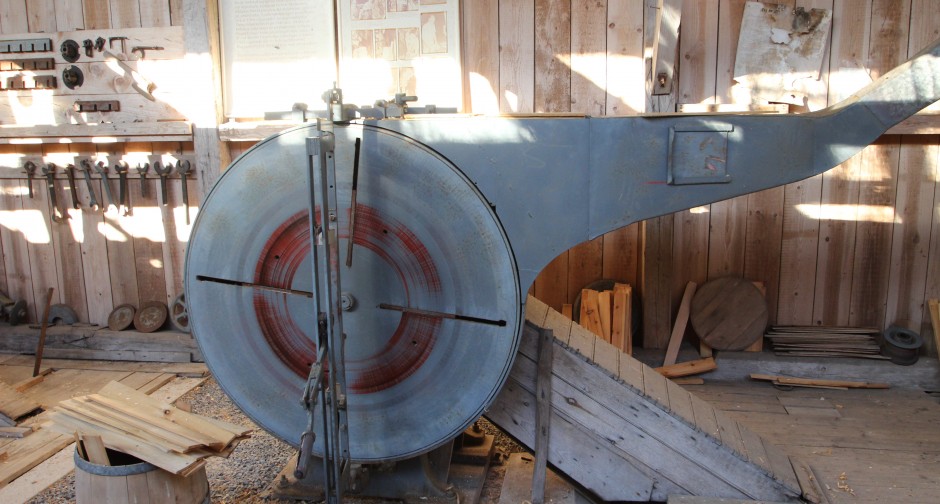 Planes the sides of each plank so that they have an oval shape and fit together to form a drittel/barrel.
Manufactured by Osbyverken, Sweden, in the 1930s.
The machine has a large torque and slowly starts running, after two minutes it reached operating speed.

Maximum sound level: 105 dB, measured from 2 meters.
The background sound from the belt drive is 76 dB.