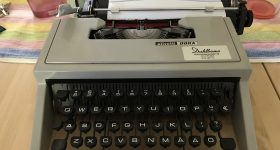 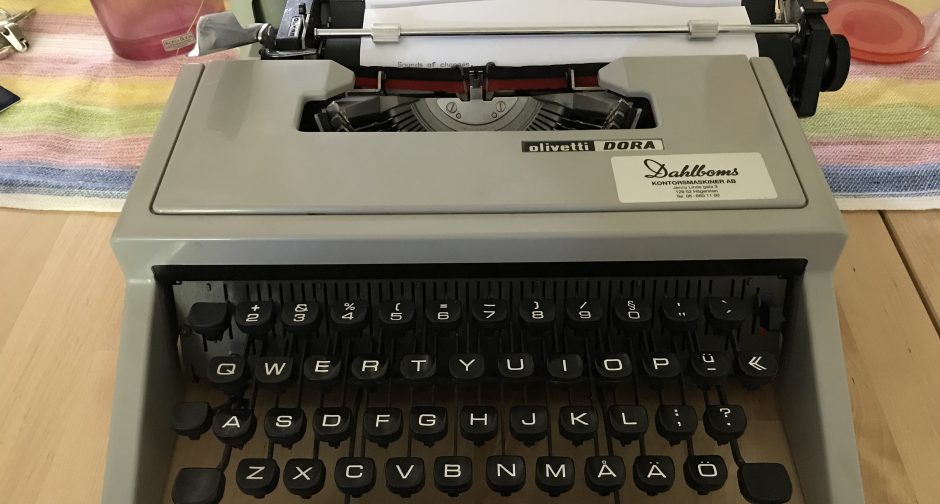 This is a portable typewriter designed in 1965 as portable typewriter, and manufactured during the late 60s and and then into the 1970s by Olivetti - but it was also made in several different countries by a lot of different companies. And as a result of the many different manufacturers these can be found under a lot of different names and of various quality, for instance the Underwood 315 made in Yugoslavia which also can be found on Sounds of Changes. It is mainly made out of a thick plastic, and comes in a plastic covered cardboard box with a handle for easy transportation. As such, several things on the typewriter is made to save space width-wise, such as no "1"s and a folding handle. However, it weighs a lot so it is not really going anywhere.

During the sound the listeners can hear me typing away, and also creating a bit of a blockage whilst typing too fast (I am too used to a computer). However those who are familiar with typewriters will notice the absence of the little bell when the carrier has come all the way to the right; the bell is there, it is just so very very quiet and discreet that it almost can't be heard over the typing itself. With that said, I have always found the typing on this particular model to be very quiet and discreet, whilst some typewriters may sound like a thunderstorm with a bell in the middle.