agriculture Engine farm Wheat
Home  /  Agriculture  /  Motor-powered Past, Gepelj- driving with the aid of a harness 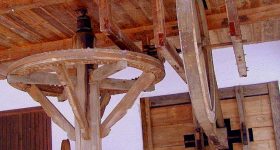 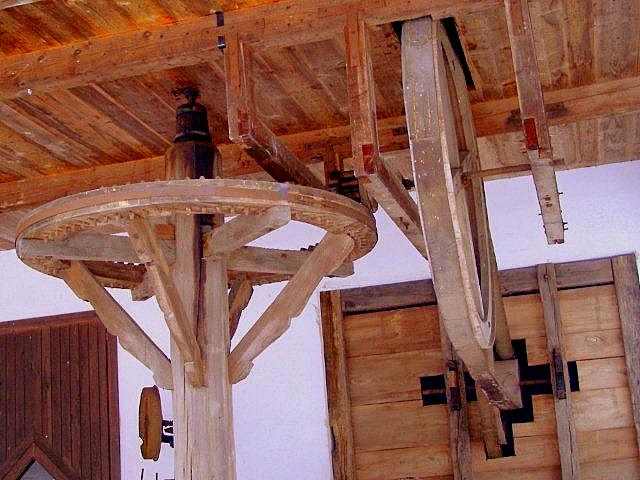 Motor-powered Past, Gepelj- driving with the aid of a harness

"Gepelj" is a capstan powered by draught animals which kept moving in circles. By way of a lever and underground transmission, the power was conveyed to the grain thresher in the barn. It could also be used to drive a straw cutter.
In the recording, the demonstrator operated the capstan manually.

The cultivation and processing of grain has always been the most important task on a farm. Silvo Čemažar from the village Novaki in the area of Cerkno comes from a farm with 200 years of tradition, engaged in both agriculture and stockbreeding, where all the generations invested their efforts in performing harvesting and threshing most efficiently, hence they were familiar with the technological development of farm machinery.
At various museum and tourist events, Mr Čemažar demonstrates the operation of the tools and machinery from his collection.
In June 2018, on the demonstration called “Motor-powered Past” held at the Technical Museum of Slovenia in Bistra near Vrhnika, he showed different methods of grain threshing: with a flail, a hand-powered thresher, an animal-driven capstan, a thresher powered by a petrol engine which was replaced by an electric motor.