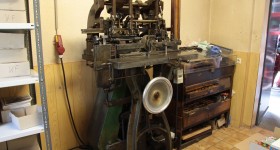 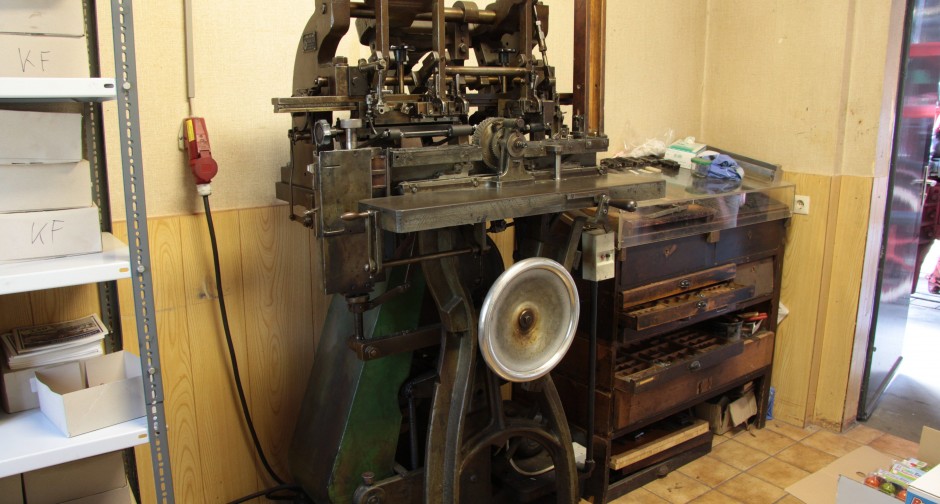 The Edmondson ticket printing machine (manufactured by Georg Göbel AG in Darmstadt) in 1929 is named after its inventor Thomas Edmondson (1792-1851) and was used for printing tickets for rail passenger traffic.
Originally the machine served its purpose at the main train station of Darmstadt (Germany, Hessen). Today it is in the possession of the Bochum Railway Museum and used for printing tickets for special rides through the Ruhr District.
The machine is powered by an electric motor. The ticket blanks are initially stacked inside a ticket channel. When the machine is turned on, a sliding mechanism pushes the ticket blanks along a track towards the first stamp, which prints the backside of the ticket. In a revolver drum the tickets are then flipped over and pushed to the next stamp, which prints the front side. Finally, the printed tickets are directed to a second ticket channel, from which they can be discharged.
The sounds of this machine are composed of the electric motor and the mechanical motion of the sliding mechanism, as well as the revolver drum and the stamp printer.
The Edmondson ticket printing machine developed in England in the late 1830s mechanized the sale of train tickets in the 1840s. Before the “Edmondson Train Ticket” was introduced, the railway companies had used passenger lists or handwritten train tickets. This had been a strenuous process and quite time consuming. At busy train stations long lines were a consequence of the former method. The Edmondson ticket printing machine allowed a quick distribution of pre-printed tickets displaying the card number, date, point of departure, destination, class and price.
The ticket printing machine's automatic numbering facilitated the countability of the sold tickets as well as the accounting. Until the 1980s the Edmondson ticket printing machine was widespread in many countries (England, Germany, France, among others).