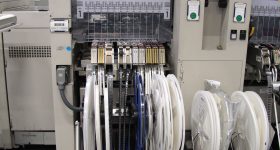 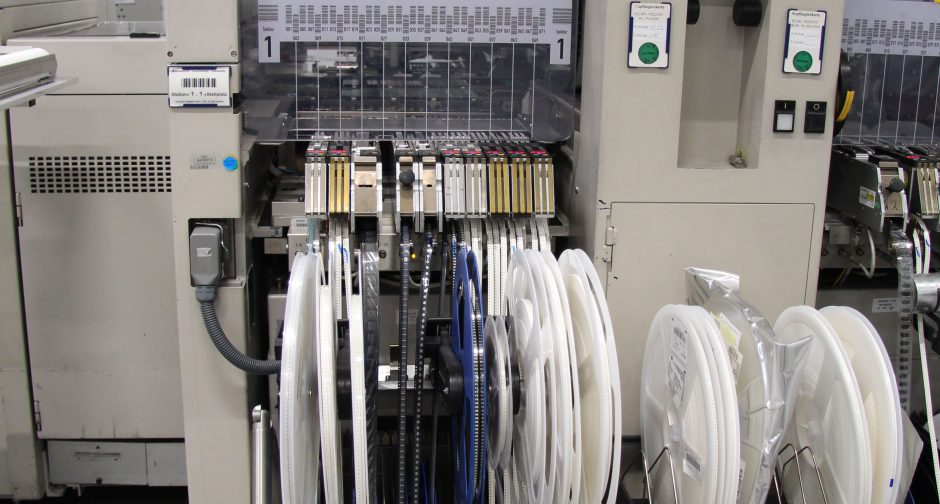 Since 1941 Siemens has been producing telephones in the small town of Bocholt, Germany. Today there are still 550 workers making cordless telephones for Gigaset, which separated from Siemens in 2010.
In hall 50 Gigaset produces 8.000.000 cordless telephones per year, checks their quality and packages them until they are ready to be send to retailers: At the design centre they form the plastic cases of the phones. At the SMD-department large machines populate printed circuit boards (the telephone’s electronic core) and at the quality inspection all buttons and functions of the finished phones are being checked.
In this recording you can hear a Siplace component placement system by ASM (production company) which places SMDs (surface-mount-devices) i.e. electronic particles onto printed circuit boards. For that purpose, robotic arms with so called revolver heads (they can go round like a revolver) pick up the SMDs from paper or plastic tapes that are positioned outside and fed into the machine. Then they move backwards to the printed circuit boards and place SMDs precisely on their relevant positions.
The sounds in this recording are the movement of the robotic arms, the transport system of the printed circuit boards and the clicking sounds, when the robot places the SMDs onto the printed circuit boards.
Sound Recordist: Kathinka Engels
Photographer: Inke Pickhardt
Video Recordist: Inke Pickhardt