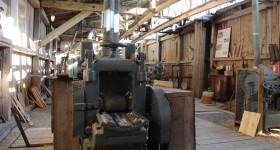 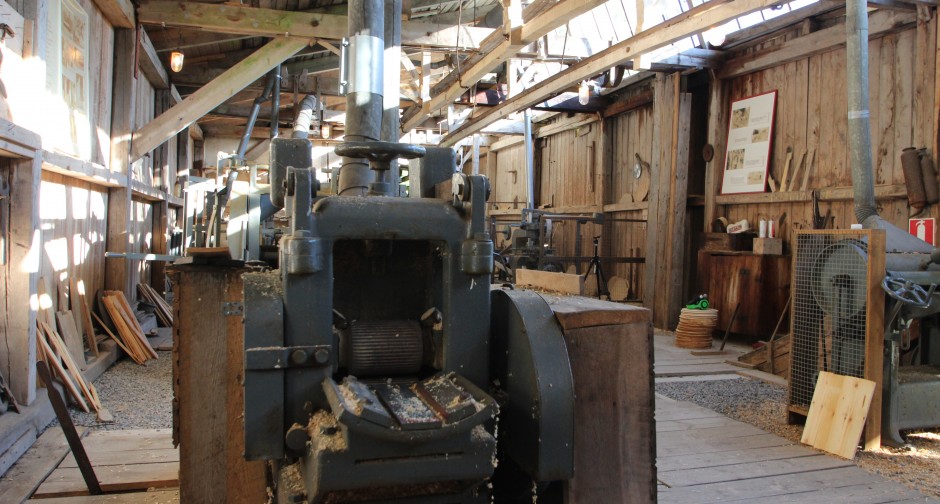 Planes both sides of the planks at the same time. The plank gets a contoured / rounded shape to fit in the drittel/barrel.
Manufactured by Osbyverken, Sweden, in the 1930s.