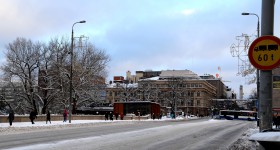 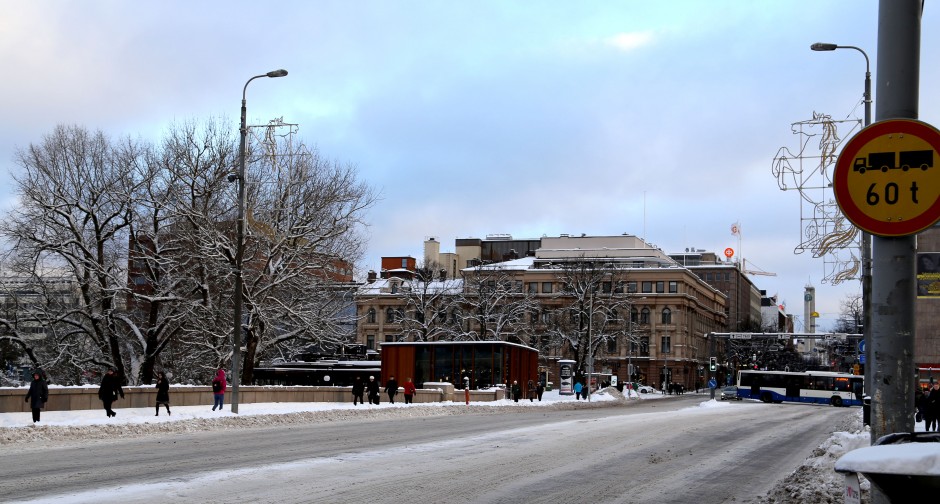 Hämeensilta or the Häme Bridge is a bridge in Tampere. It crosses the Tammerkoski rapids.

The main street of Tampere, Hämeenkatu, runs along the bridge. Häme Bridge is one of the city's best known landmarks, especially famous for the 4.5 metres tall bronze statues on the rails of the bridge. The arches of the bridge are made of concrete and they are coated with a red granite. The 68-metre-long Hämeensilta was completed in 1929.

Häme Bridge has been renovated last time in 1997, when its deck structures were opened. Despite the repairs, the bridge is at the end of it´s lifespan. Currently the Häme Bridge is under a construction. There will be built a completely new bridge. In the future the original Häme Bridge would be much more difficult to repair because of the tramway that will cross the Häme Brigde, so the new brigde is also a good thing in terms of new tram.

The construction site begun in February 2018. The new bridge will be completed by the end of 2019, and the existing statues and stone slabs will be restored. Externally the bridge will not change from the original.