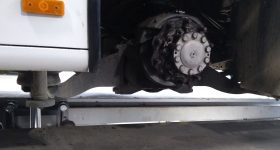 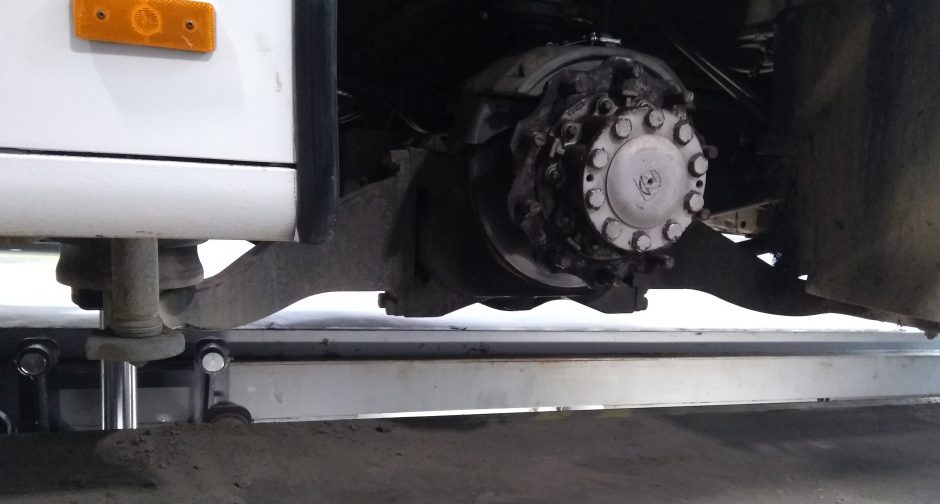 Sounds recorded when lifting and lowering a bus with a hydraulic lift.