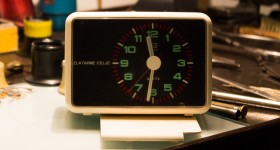 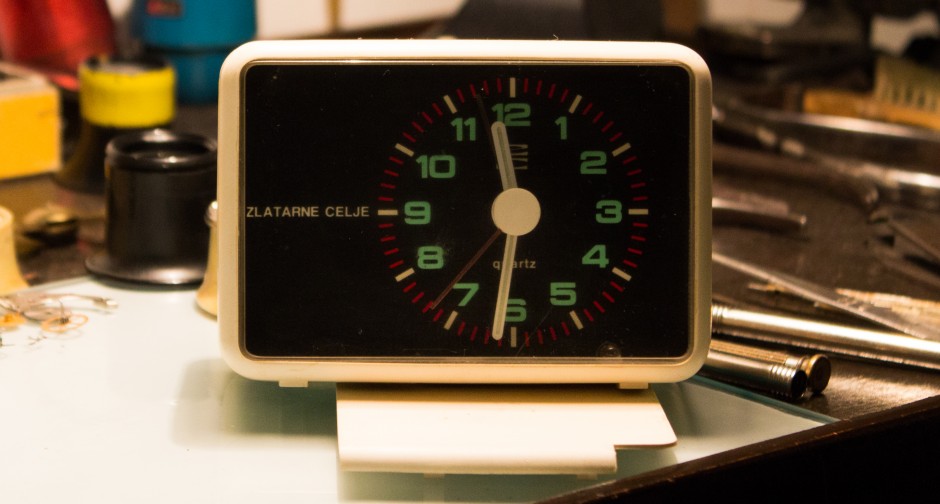 Quartz clock manufactured in the second half of the 20th century in Zlatarna Celje.
Zlatarna Celje is a manufacturer of jewellery and other articles of gold and silver. In addition to jewellery and investment gold, they also produce dental alloys and industrial gold. The company evolved from the workshop of the Italian goldsmith Giuseppe (Johanna) Pacchiaf. In 1921 his family enterprise was joined by two brothers Alojz and Ivan Knez and they opened a 100-employee workshop. The company was nationalised after the Second World War and initially operated as a craft enterprise, later to be transformed into the Zlatarna Celje industrial company in 1963.

Recording was made in the Museum of Recent History, Celje.
Part of their permanent exhibitions is the Tradesmen’s Street dedicated to Celje’s industrial workers, local industrial traditions, workers’ culture and the value of their work. This includes a watchmaker's shop, where the master watchmaker Božo Godnik holds occasional demonstrations.
The master watchmaker Božo Godnik (*1946) has been around watches since his childhood because his father was also a famous local watchmaker. He learned the trade in his father's shop where he was also first employed. Later he continued his career in the watchmaking department of Zlatarna Celje, where he specialised in the making of wall clocks, which were very popular in the 1970s and 80s.