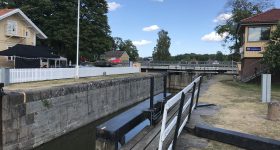 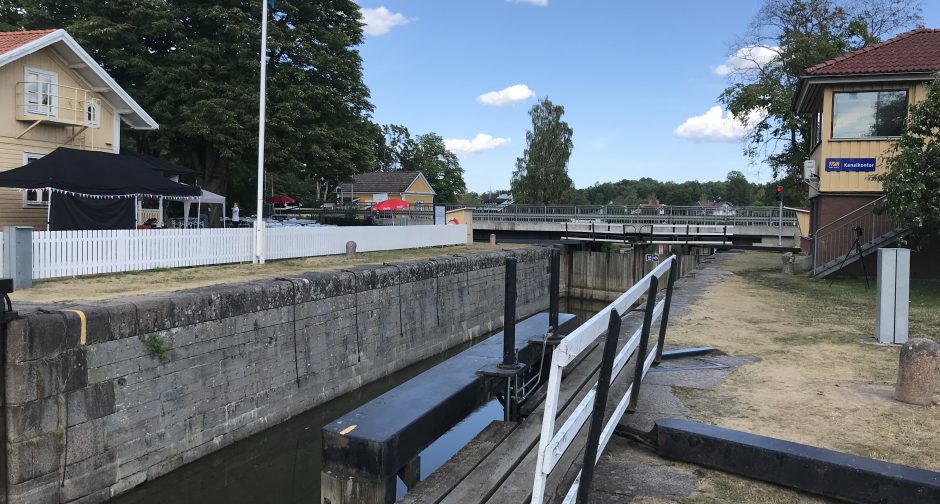 Göta Kanal is a canal in Sweden that connects the Baltic Sea with Kattegat, and with that Skagerrak and eventually the North Sea. It goes through a large part of southern Sweden, from Gothenburg to Söderköping - about 614 kilometers whilst the canal itself is around 190 kilometers. It was built between 1810 and 1832 and was a very important trade route - until the railways were introduced. Today it is a popular tourist attraction for both swedes and people coming from abroad - with or without their own boats.

During this second part we can see the boat going through the lock, and the bridge for the cars is not raised - it turns 180 degrees instead. Unfortunately the difference in water level here is quite low, 0.8 meters, so now real change in water level can be seen. As the warning for the bridge turning is rung, more people are gathering to watch the boat.