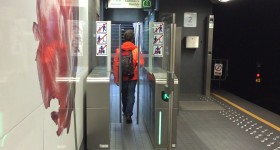 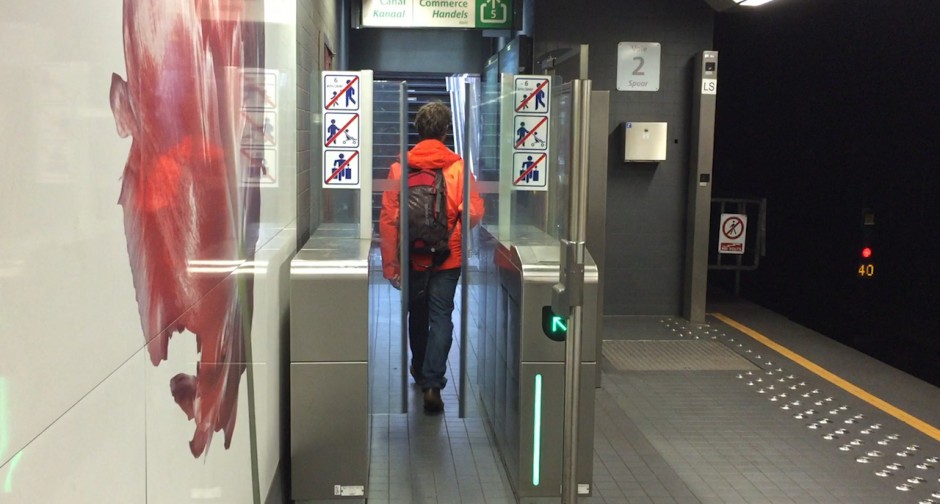 Exit with automatic doors : the traveller presents himself in front of doors, which open up automatically. These doors open and close rapidly.

It is responsible for the Brussels metro, Brussels trams and Brussels buses. Founded in 1954, STIB operates six metro lines (39 km), 15 tram lines (128.3 km) and 51 bus routes (348.8 km). It covers the 19 communes of the Brussels Capital Region and some surface routes extend to the near suburbs in the other regions. 329 million trips were made in 2011, a 5.6% increase from the previous year.

Sounds were recorded in Metro station « Sainte-Catherine », in the heart of the city.