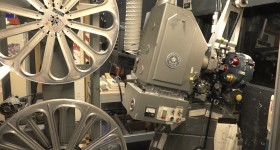 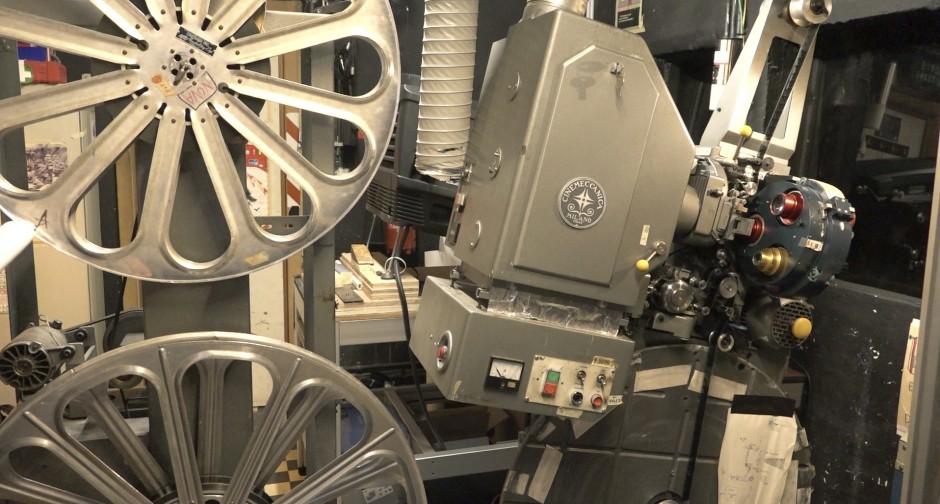 The sound of the projector running, without the light (Xenon lamp). The sound varies according to the quality or thickness of the film used. There are 24 frames per second, and each frame stops for a fraction of a second. The projector used in the Nova is an Italian Cinemeccanica projector, Victoria 9 model, one of the last models produced by this firm.

Nova is a cinema that opened in January 1997, in the centre of Brussels. Its programming focuses on independently produced films and videos. The Nova Cinema is therefore not a commercial cinema, but a non-profit organisation managed by a collective of individuals who work as volunteers. In existence for almost two decades now, Nova has become an important reference point for alternative, unconventional or simply different approaches to the audiovisual arts, in Belgium and abroad. The Nova has a 200-seat auditorium with a balcony and a well-known reception area in the basement.
Built towards the end of the 19th century by the architect Gustave Hubrecht, it originally featured an auditorium of 390 tiered seats, a stage, large curtains and an orchestra pit. It was transformed several times and its use changed regularly, as did its name, such as Maison du Rire (1907), Cinéma Mondain (1908), Théâtre du Bois Sacré (1911), and Théâtre des Capucines (1919).
The architect, Adrien Blomme, transformed the venue once again, in 1936, for the opening of Studio Arenberg. This changed owner several times, while remaining a centre of art and experimentation, and became the Cinéma Arenberg at the beginning of the 1980s. KredietBank then purchased the hall and ended the Arenberg lease in 1987. The latter moved into the Galeries Royales Saint-Hubert, whilst the hall in the Rue d'Arenberg remained empty until 1997, when KredietBank kindly agreed to offer the premises to the Cinéma Nova on an initial two-year lease.