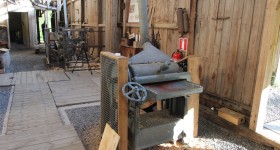 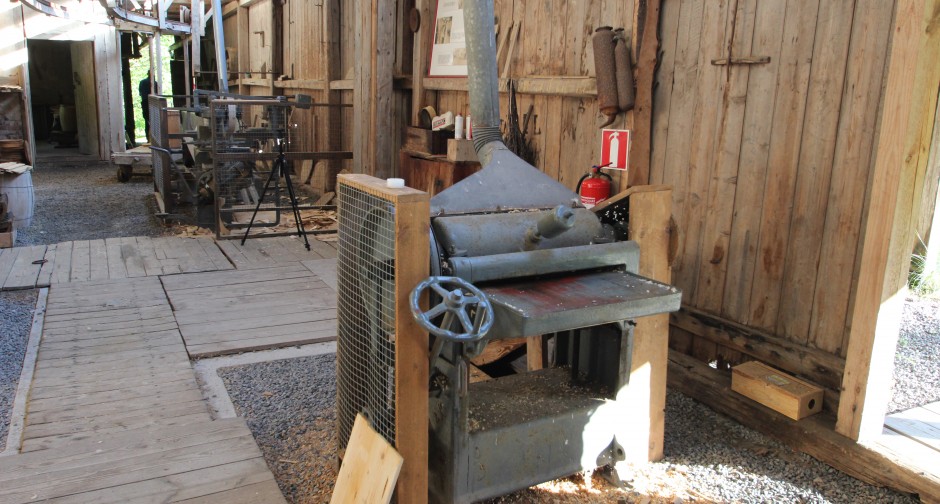 Planes the assembled lid or bottom.
Manufactured by Osbyverken, Sweden, in the 1930s.