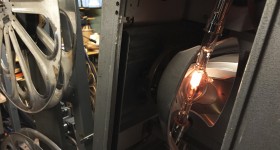 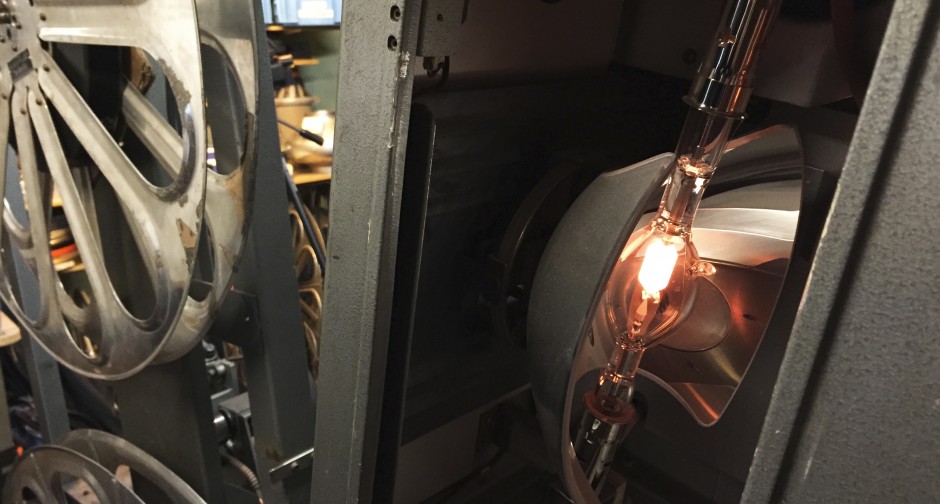 Projector running with the light on

Sound of the Xenon lamp lighting up; a well-protected, dangerous lamp and sound of the projector running. The projector used in the Nova is an Italian Cinemeccanica projector, Victoria 9 model, one of the last models produced by this firm. The projectionist attaches the films onto the lugs in order to be able to lift them onto the DGB (dérouleur de grandes bobines or large feed reels). These large feed reels enable films to be seen in their entirety.