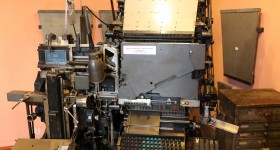 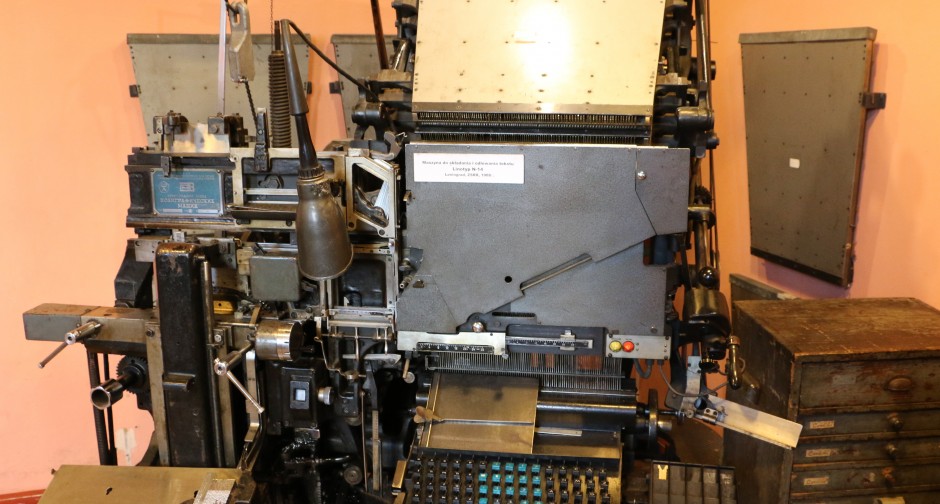 The sound of the setting of text on linotype N-14, manufactured in Leningrad (Soviet Union) in 1968. The sound of the machine was recorded in the Printing Museum in Cieszyn (Poland).
With the use of linotype, it was possible to set and cast a complete line of text. Linotype setter, while typing the text on keyboard, with each keystroke released a metal form of a letter – a matrix which dropped from the storing unit to the setting rule. After the setting of a complete line of text, its negative form was cast in the temperature between 275°C and 285°C from printing alloy (lead 83%, antimony 12%, tin 5%). In this way, metal cast of the text was obtained. After casting, matrices returned to the storing unit. With the use of linotype, it was possible to set from 5000 to 7000 characters per hour and cast them in the form of lines. Book columns composed of lines were printed on paper and when the printing of the complete circulation was finished, lead cast returned to the boiler and was used for the casting of new lines.
Linotype setting was called “hot metal” setting, as opposed to former “cold setting” performed manually by a typesetter. Linotypes were in operation until the 1990s, when typographical printing began to be replaced by digital printing.