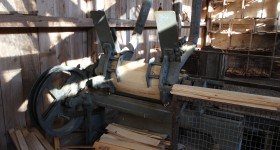 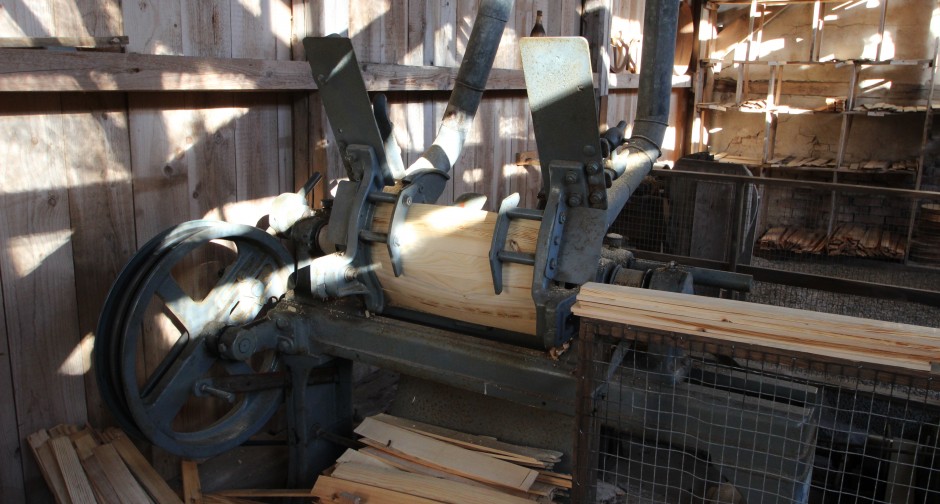 The machine is called Knösen. The machine planes a groove in both ends of the planks so that the top and bottom of the drittel/barrel fit in the groove.
Manufactured in Nykøbing, Denmark in the 1930s.

Maximum sound level: 104 dB, measured from 2 meters.
The background sound from the belt drive is 76 dB.