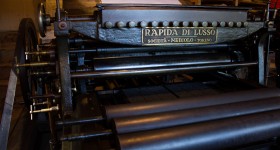 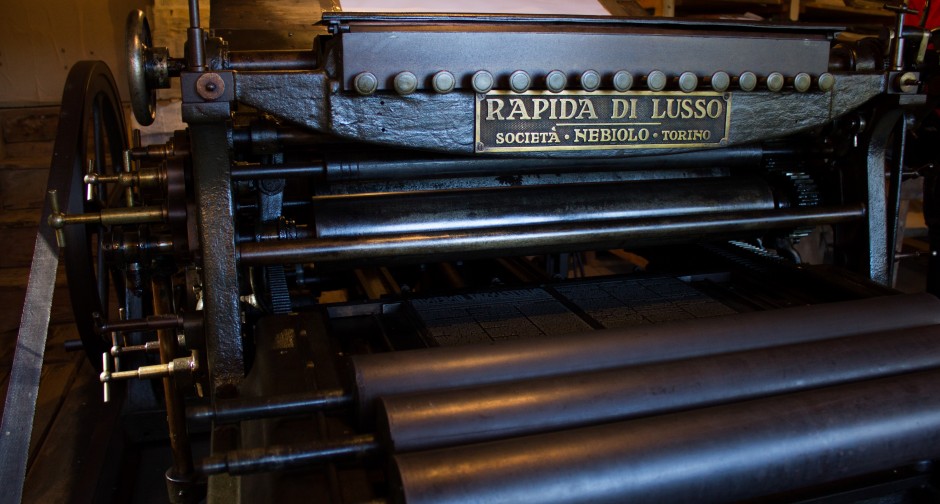 This printing press is part of the Slovenia Printing Shop, which was the largest and best equipped Partisan printing shop in the western part of Slovenia. It operated from September 1944 to May 1945. The print shop produced newspapers, brochures, leaflets, booklets and other such printed material, and special mention should be made of the Partisan Daily - the only daily newspaper in occupied Europe printed by a resistance movement. The printing shop which is today under the auspices of the Idrija Municipal Museum has been fully preserved and the print machinery is still operational. As part of our cultural and historical heritage it has been open to the public since 1947.
The printing press was manufactured by Turin-based company Rapida di Lusso, Italy, in the 1930’s. It is in very good condition and can still be operated for printing demonstrations. Its capacity is between 800 to 1,000 copies per hour.
The story about the 'arrival' of this printing press during wartime, after a journey from Italy to Vojsko, which is a hilly and remote place in Slovenia at 800m above sea level, is quite amazing. The German armed forces controlled and checked all transport, and so the press was disassembled and its parts hidden among condensed milk packaging. The Germans pulled over the truck carrying all this in Padua, but air raid sirens sounding at that moment prevented them from undertaking a thorough inspection of the cargo. Amidst the general confusion of the air raid the truck was able to proceed, transporting the printing press safely to Gorizia from where it was carried, part by part, over 50km to the distant printing shop in Vojsko.