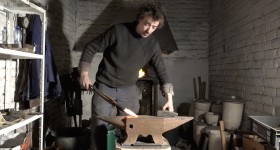 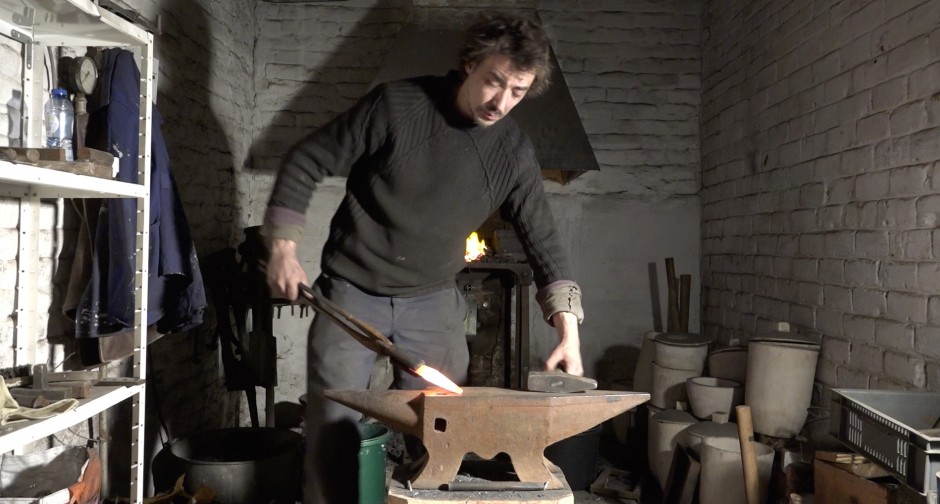 The metal piece is now red and can be hammered, but no more than two minutes, otherwise it cools. The blacksmith usually works in the dim light so he could see well the colors of metal and act accordingly.

The metal (known as the "workpiece") is transported to and from the forge using tongs, which are also used to hold the workpiece on the smithy's anvil while the smith works it with a hammer. He hammered on the anvil table. It serves as a work bench to the blacksmith, where the metal to be forged is placed. Anvils are made of cast or wrought iron with a tool steel face welded on or of a single piece of cast or forged tool steel. The flat top has two holes; the square hole is called the hardy hole, where the square shank of the hardy fits. The smaller hole is called the punch hole, used as a bolster when punching holes in hot metal. They allow the metal piece to be rounded. The anvil is mounted on a wooden base, which reduces vibration by absorbing part of them.