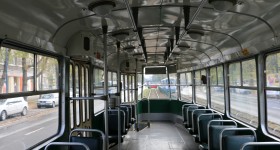 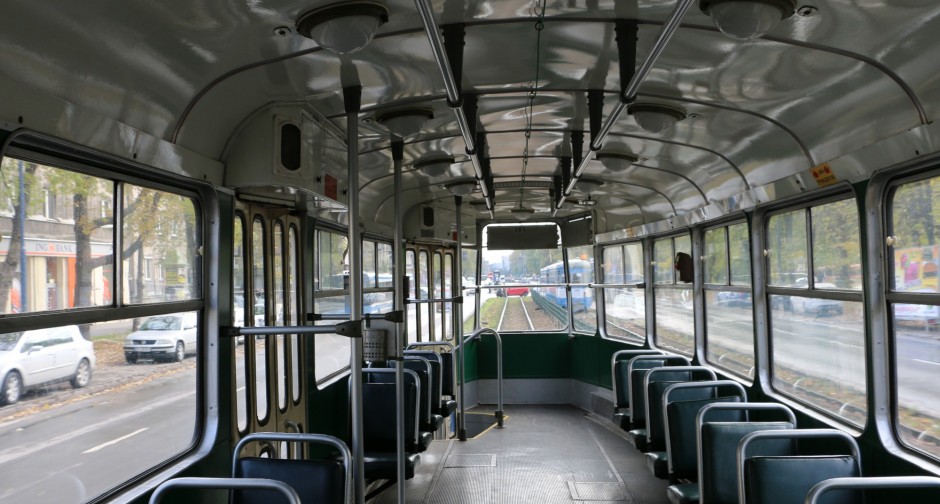 Sounds accompanying the ride of a passenger sitting in the back of the 102N car. The recording was realized during the ride from Nowa Huta tram depot to the Museum of Municipal Engineering in Cracow in regular traffic.
102N tram is one of the first high-speed articulated trams operating in Cracow. It was manufactured in Konstal steel structures factory in Chorzów (Poland) in 1969. 102N tram had the capacity of 182 passengers, including 32 seats.
Despite the fact that the design of the 102N model was based on the solutions applied in PCC tram designed in the United States in the 1930s, it constituted, in comparison with other vehicles operating in Cracow at the time, a huge step forward as far as quality, modern aspect and travel convenience were concerned. The use of 102N cars revealed, however, their defect caused by negative camber of windscreen. During the night, light reflections coming from the interior dazzled the motorman and during the day, reflections of the sun constituted a problem for car drivers. Having manufactured 42 trams, Chorzów factory created the updated version 102Na, equipped with modified front faces with less avant-garde look and traditional arrangement of shields. In 1988, during peak period, 114 tramcars of both types were used in the city. They operated on the busiest city lines until the end of the 20th century.
The recorded vehicle was in operation in the years 1969–1997. At present it constitutes one of the exhibits of the Museum of Municipal Engineering in Cracow.